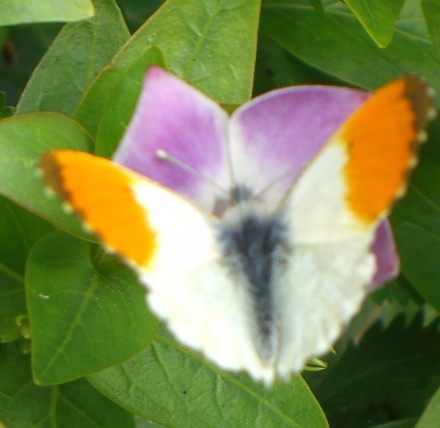 We spotted this little beauty this morning – hanging around H’s plot near the damask. The big guy took a photo so we could do some identification back at home.

It took a little trawling as this one doesn’t tend to make the top 10 list for UK butterflies (whereas comma butterflies and peacock butterflies do feature in such lists).

And in case you’re wondering, the females tend to be more white and not as distinctively coloured as the males, so it’s definitely a ‘he’. 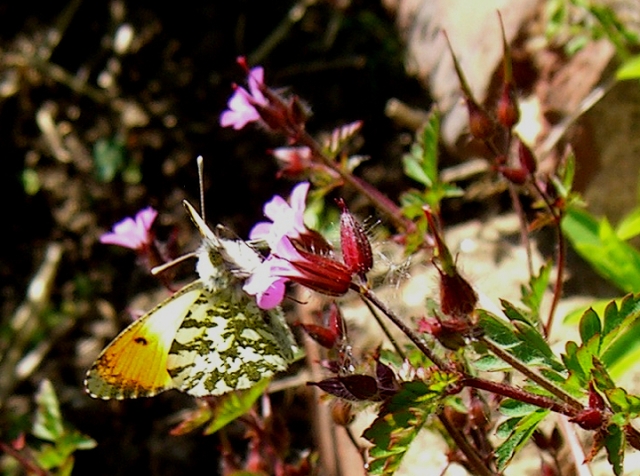 Some facts about this little fella..